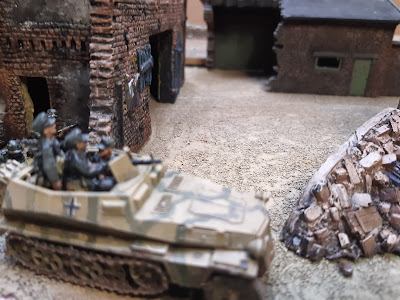 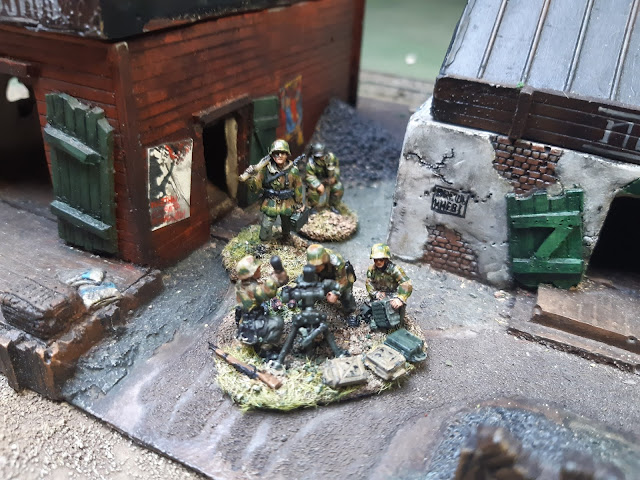 Thise platoon built for the Battlegroup lists will be the most flexible It will have sufficient men to represent an early war platoon for the Blitzkrieg or Barbarossa list and Panzerfaust to swap in later in the war for Overlord. I have pictured them here in my Ostfront defences I use with Kursk 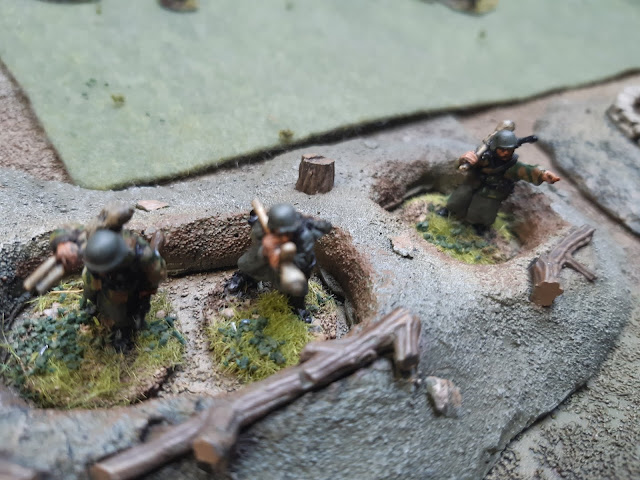 These Greatcoated Panzerfausts are from Early War Miniatures Panzer Grenadier range. I like there camo smocks over there greatcoats and they match well for scale with the AB miniatures in the rest of the platoon. We always play WISIWIG so I can swap these in for sections with Panzerfausts in later war games 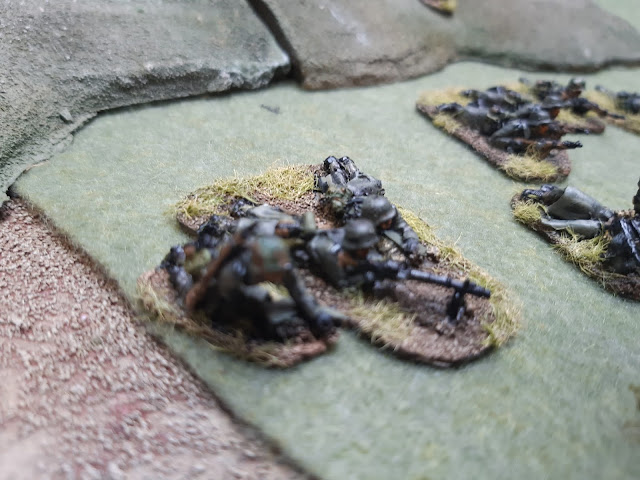 An MG34 team one with splinter pattern camo helmet cover. I like the look of men lying down or kneeling

So, for the UK lockdown and the plague year I decided to do something I have been thinking about for many years. namely to reorganise and upgrade my German World War 2 infantry. Previously my German infantry where mostly the SHQ miniatures and were bought for the Rapid Fire Lists back in the 90's. SHQ have an excellent range of miniatures but I have found them a little small with my later AB miniatures. So with Eureka Miniatures UK opening up and making the access to the excellent AB World War 2 ranges available. I grit my teeth sold off my three German platoons and replaced them with a mix of AB and CP models. With a scattering of Xan Miniatures (available from Empress now in the UK) , Early War Miniatures and Battlefield/Blitz minis. 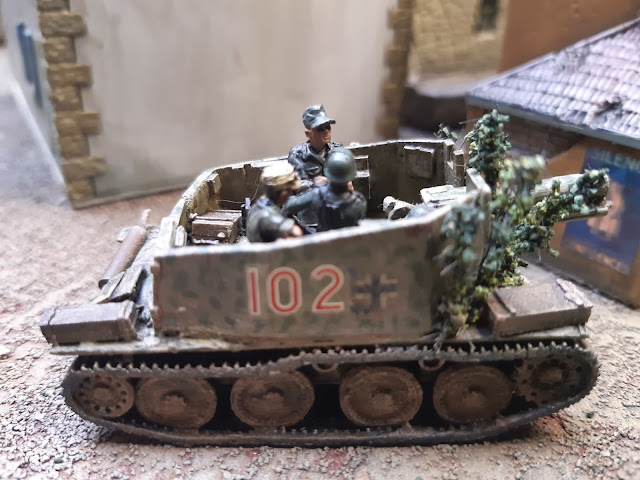